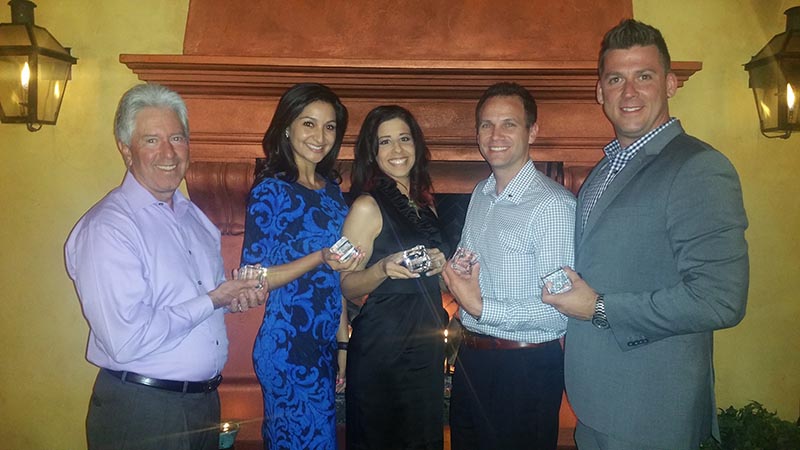 The CCS President’s Club, which is an annual sales program, was created to recognize CCS’ outstanding employees who have been instrumental in the company’s success during the past year. The program provides incentives for employees in all CCS regions and rewards them for meeting company performance goals and recognizes their service to fellow team members.

Founder of CCS John Godbout, who is also the CEO of the Arizona and New Mexico regions joined the inductees to award them for their dedication and hard work. Additionally, the executive teams from many of the CCS regions were in attendance along with several manufacturing partners.

“Employee retention has always been important to us and when you have team members generating sales that have contributed to the company’s best overall year in its history that’s definitely worth celebrating,” said John Godbout. “We are thrilled to continue the President’s Club retreat and look forward to doing it for many years to come.”

Related posts
Check out the SMART Board 6000 Series
March 28, 2017
Your Future in Full Color – Epson Poster Printer Seed Program
March 22, 2017
Act Fast – Participate in the MakerBot 3D Printer Seed Program
March 22, 2017
Those dreaded words – “For that, it’s an additional…”
December 13, 2016
Looking for a mobile classroom for your public or private school? Look no further.
December 13, 2016
At the top of your educator’s wish list: interactive projectors.
December 12, 2016
RECENT POSTS
RECENT PROJECTS