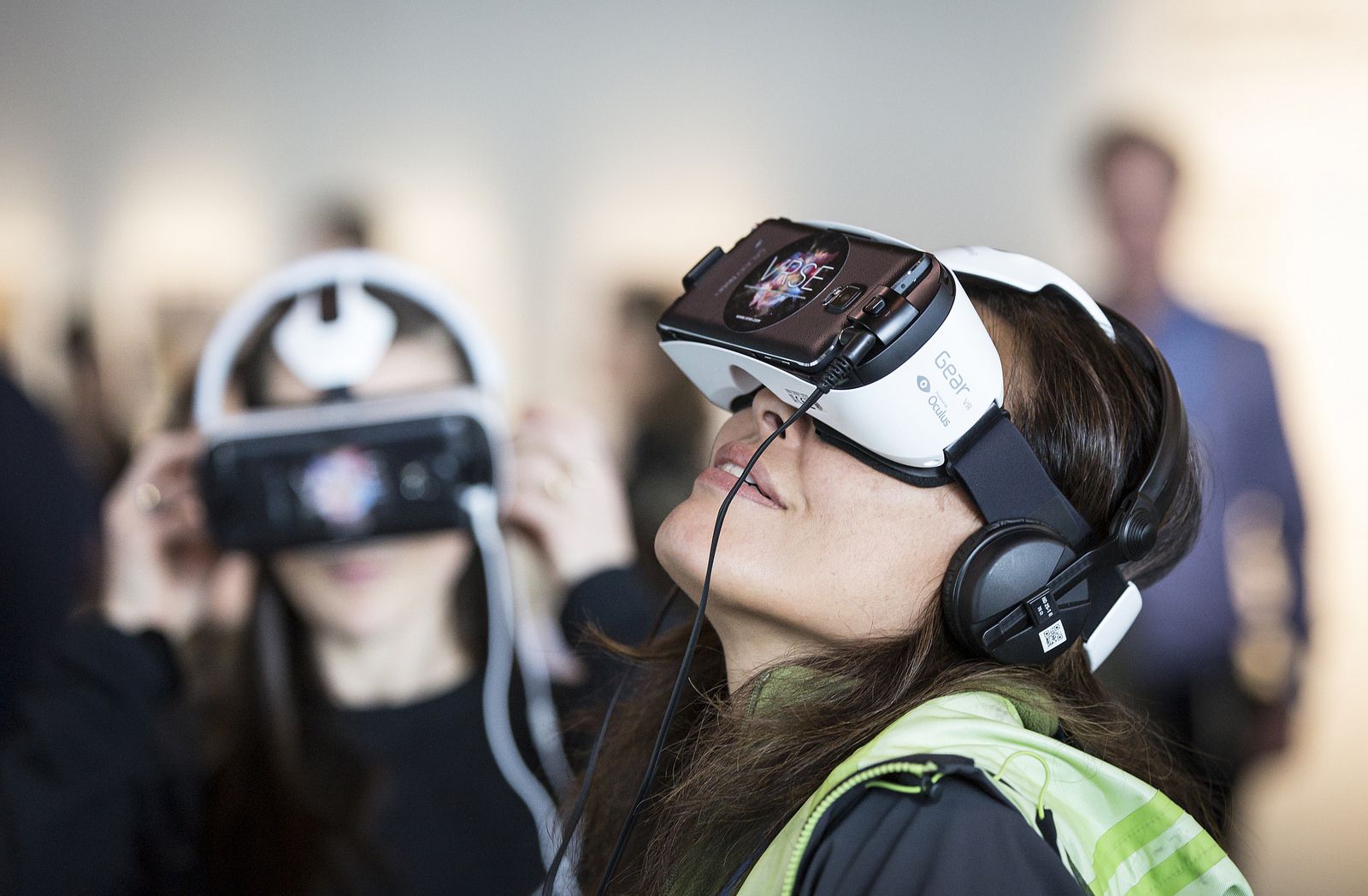 We are seeing these top 5 industries being impacted by virtual reality as all having one thing in common: a need for unique AV integration experts. We need to be involved when new technologies are being implemented to craft the most efficient and effective spaces for VR users.

Your integrator should design an optimal space that delivers a seamless user experience, from cable and connection management (you need to be able to jump around the room safely!) to surrounding viewpoint displays. In classrooms, virtual reality is already being used to effectively illustrate building processes in 3D and educate medical students on the complexities of the human body all the way down to neurons. We’re excited to see where virtual reality and audio video continue to go together. With the current activity in these markets the possibilities are endless!

Obviously video games are one of the main applications for virtual reality today. Many successful global corporations and public agencies are developing open-concept rooms for their employees to enjoy video games and recreational, unwind atmospheres. Classrooms have seen an increase in game-based learning software, engaging students with platforms familiar to them from recreational gaming at home.

Where CCS shines is in audio video system integration, and virtual reality integration in education and simulation is a natural fit for CCS. When you’re ready to integrate VR into your education or simulation environment, the communications and display systems you use to present that experience will need to be implemented by a trusted AV expert.

Imagine visiting Mars or experiencing a 360-degree video of a live concert from the front row. Virtual reality is making its way into memory exploration by encouraging recording video now to enjoy in virtual reality later in life or to trigger memory recurrence.

Your virtual reality experience could be a place to stop and think, or better yet escape stress and develop distractions from persistent negative thoughts.

Watching virtual reality movies and even videos of real live adventures around the world, with you in the first perspective.

Virtual reality booths and experiences can be found across the nation in malls and corporate business centers, but if you’re ready to bring VR home today, here’s some of the Virtual Reality products you can get your hands on right now:

The easiest and cheapest way to try virtual reality, Google Cardboard is just a piece of folded cardboard with some cheap embedded lenses. When you stick your phone inside and press it up to your face, you can feel like you’re in another world. The best smartphone-based VR headset (for now) Samsung’s Gear VR costs just $99, assuming you already have a Samsung phone. It has more sophisticated sensors than Google Cardboard and is relatively comfortable to wear. Plus it’s got a decent library of purpose-built apps and games.

The $599 Oculus rift is far more immersive than strapping a phone to your face. It tracks your head in all directions, so you can lean in and get right up close to virtual objects. The catch: it requires a powerful gaming PC to generate its graphics, along with a tether leading up to your head.

HTC Vive lets you reach out and grab objects in virtual reality, and even walk around a room! Again, you are tethered to a powerful gaming PC, plus you need to clear your living room furniture and plug in loads of cables to fulfill your holodeck dreams. The affordable alternative to an Oculus Rift or HTC Vive, the $399 Sony PlayStation VR will let you grab things in VR without requiring a pricy gaming PC as intermediary. Instead, it works with the PlayStation 4 console that you might already own. Just know you’ll need to add controllers, and you shouldn’t expect the graphics to be quite as good as those of the Oculus or Vive.

Do you already have an education or entertainment application in mind that you’d like to integrate VR headsets, gaming centers or experience display screens? Email CCS Presentation Systems

Related posts
Check out the SMART Board 6000 Series
March 28, 2017
Your Future in Full Color – Epson Poster Printer Seed Program
March 22, 2017
Act Fast – Participate in the MakerBot 3D Printer Seed Program
March 22, 2017
Those dreaded words – “For that, it’s an additional…”
December 13, 2016
Looking for a mobile classroom for your public or private school? Look no further.
December 13, 2016
At the top of your educator’s wish list: interactive projectors.
December 12, 2016
RECENT POSTS
RECENT PROJECTS